A WildAid public opinion survey found that 80% of Americans polled consider themselves wildlife lovers or conservationists. Yet, 4 out of 5 knew little or nothing about wildlife trafficking, even though the United States has one of the largest illegal wildlife markets in the world. In collaboration with the U.S. Fish and Wildlife Service and the U.S. Wildlife Trafficking Alliance, we are working to raise awareness of wildlife trafficking and the impacts it has on endangered species, as well as to reduce demand for illegal wildlife products in the United States.

Our public opinion survey discovered that what little Americans knew about wildlife trafficking was limited to elephants, rhinos and tigers. However, illegal wildlife products include jewelry and trinkets made from sea turtle shells and corals. It also includes endangered exotic birds, live reptiles and reptile skins, all of which has been poached from the wild. WildAid’s Stop Wildlife Trafficking campaign aims to educate American travelers so that they do not unknowingly buy products made from endangered species. Campaign billboards can be seen in many major U.S. airports, and television ads are running on broadcast channels nationwide.

We believe that when the buying stops, the killing can too.

The illegal wildlife trade is a multi-billion dollar global industry largely driven by consumer demand in expanding economies. While most wildlife conservation groups focus on scientific studies and anti-poaching efforts, WildAid works to reduce global consumption of wildlife products and to increase local support for conservation efforts. We also work with governments and partners to protect fragile marine reserves from illegal fishing and shark finning, to enhance public and political will for anti-poaching efforts, and to reduce climate change impacts. 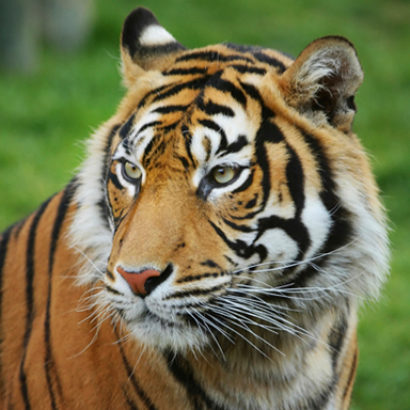 The WildAid community consists of a small team of staff members in the U.S., Asia, Africa, Europe and Latin America, as well as a global network of ambassadors, partners, supporters and contributors. Together we leverage a modest program budget into nearly $300 million worth of donated media placement for WildAid campaigns.

Give a gift that supports worldwide efforts to save wildlife

In 2018, WildAid received its third consecutive perfect 100-point score from Charity Navigator for financial transparency and efficiency, while also earning our seventh consecutive four-star rating. Donations are tax-deductible to the extent allowed by law. Our US tax identification number is 20-3644441. Please consider supporting WildAid’s work by making an online donation today. To make a Canadian tax-deductible donation click here. We also accept donations via:

For information regarding these types of donations, please email donate@wildaid.org or call +1 (415) 834-3174 for details.

If you would like to send a check donation, please mail it to our address: WildAid 333 Pine Street, Suite 300 San Francisco, CA 94104