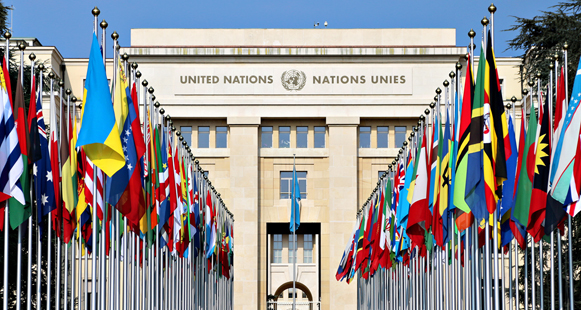 At Giving Through Jewelry, 10% of all sales are donated to a charity of the buyers choice. We realize that there are a lot of charities to choose from so we would like to highlight some of our favorites. This months featured charity is UNHRC Check out our FACEBOOK page at the beginning of each month to see how much was donated.

The Human Rights Council is an inter-governmental body within the United Nations system made up of 47 States responsible for the promotion and protection of all human rights around the globe.

It has the ability to discuss all thematic human rights issues and situations that require its attention throughout the year. It meets at the UN Office at Geneva.

The Council was created by the United Nations General Assembly on 15 March 2006 by resolution 60/251. Its first session took place from 19 to 30 June 2006. One year later, the Council adopted its “Institution-building package” to guide its work and set up its procedures and mechanisms.

Among them were the Universal Periodic Review mechanism which serves to assess the human rights situations in all United Nations Member States, the Advisory Committee which serves as the Council’s “think tank” providing it with expertise and advice on thematic human rights issues and the Complaint Procedure which allows individuals and organizations to bring human rights violations to the attention of the Council.

The Human Rights Council also works with the UN Special Procedures established by the former Commission on Human Rights and now assumed by the Council. These are made up of special rapporteurs, special representatives, independent experts and working groups that monitor, examine, advise and publicly report on thematic issues or human rights situations in specific countries.

Review of the Council

When creating the Human Rights Council in March 2006 the United Nations General Assembly decided that the Council’s work and functioning should be reviewed five years after it had come into existence at the level of the General Assembly. More information about the review and its 2011 outcome are available here.

10th Anniversary of the Council

In June 2016, the Council marked its tenth anniversary through several events.

Efficiency measures of the Council

In an effort to uphold and increase the efficiency of the Council while addressing financial and time constraints, the Council adopted President’s statements at its organizational sessions of 3 December 2018, 6 December 2019 and 7 December 2020, containing concrete measures.