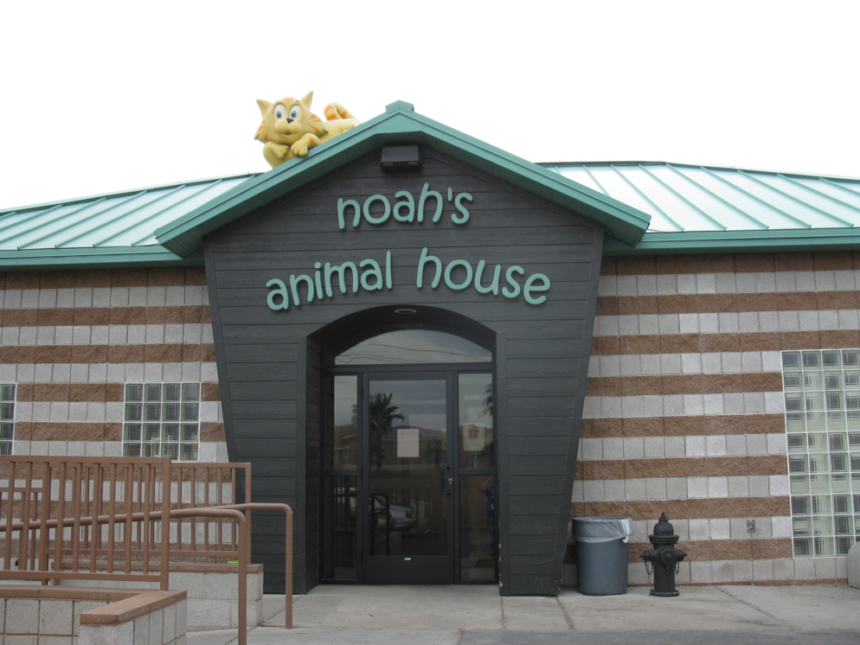 At Giving Through Jewelry 10% of all sales are donated to a charity of the buyers choice. We realize that there are a lot of charities to choose from so we would like to highlight some of our favorites. This month’s featured charity is NOah’s Animal House

Check out our FACEBOOK page at the beginning of each month to see how much was donated.

The mission of Noah’s Animal House is to provide on-site pet shelter and care for victims of domestic violence.

As a Shade Tree Shelter board member in Las Vegas, I received a call in 2005 that changed my life and the lives of many voiceless victims. The Executive Director asked if I could come immediately to the shelter to speak to a new client that would not check in to the facility. Awaiting me was a young woman with all of her possessions in her hands – a garbage bag filled with clothes and most importantly, a cat carrier holding her only loyal and true friend in life.

After a history of abuse that begins in her early teenage years with a trusted adult, she finally had the courage to arrive on the doorsteps of the shelter ready to take a healthy and positive step forward free of abuse. Her courage was slipping away because she was told that while she was welcome, her best friend, who just happened to have four legs, could not enter the facility with her. She was ready to turn back and felt that the life that she knew must be a life that she deserved.

Later that day, I left with her most loyal companion to serve as a foster parent so that she could receive the safety and support she needed to start a new life. I was humbled by her trust and faith in me to care for her pet and vowed on that day to remove the “no pets allowed” sign on the doors of domestic violence shelters, starting in Nevada.

Noah’s Animal House in Las Vegas is a full-service boarding facility on the grounds of the largest women & children’s shelter in Nevada. It was built in 2007 as our flagship operation after recognizing how many other arrivals at The Shade Tree Shelter were desperately seeking the same safety and protection for their pets. After operating for over a decade, we have cared and protected over 1,900 pets for more than 100,000 boarding nights for the women and children at The Shade Tree. What we now know is that women won’t leave their pets behind to be abused as payback and with Noah’s Animal House, they no longer have to make that choice.

As a result of all our work in Las Vegas, NV, we recognized the need to replicate our original model in Northern NV in partnership with the Domestic Violence Resource Center (DVRC). With these two locations, we have served clients from over 34 states in the US. Victims driving thousands of miles, driving past other women’s shelters in neighboring states for one reason only – their family pet needed to be part of their fresh start.

100% of your donation will serve the needs of Noah’s Animal House.
DonateNow
SUPPLIES

Get your hands dirty! Sometimes giving your time is the most valuable.
Get Involved
Car Donation